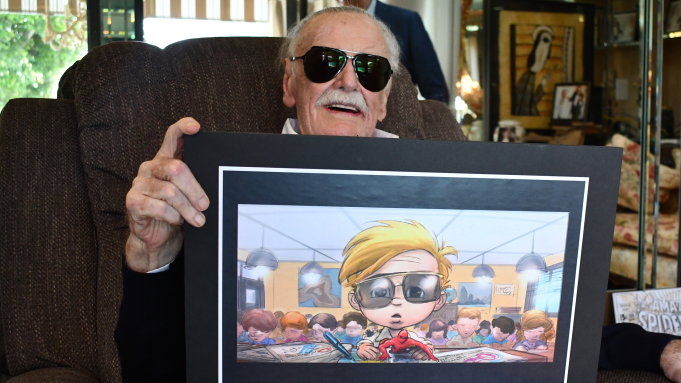 ‘The Amazing Stan’: Stan Lee Is A Kid Again For Animated Project

Marvel Comics icon Stan Lee may be gone but he’s still amazing – and he’s still a kid at heart, too, inside the animated world of The Amazing Stan, a posthumous project that will be announced today at Comic-Con International in San Diego.

Pure Imagination Studios and POW! Entertainment have partnered on the project which envisions the world as it would be seen through the eyes of Lee as a modern-day youngster. The character is a “constant dreamer” and he and his friends “learn to take risks, explore new ideas, and never ever give up.”

Writer Scott Peterson (Escape from Cluster Prime, Phineas and Ferb) is developing the show based on the concept by Pure Imagination’s Chief Content Officer, John P. Roberts, and Sanjee Gupta.

“It is an honor to help carry on the creative legacy of one of the greatest storytellers that pop culture has ever known by introducing an original animated adventure series featuring a new cast of characters for kids and adults to connect with,” Roberts said. “Stan Lee turned his childhood daydreams into a universe that features superheroes that have resonated with generations of all ages and cultures. Now his millions of fans can look forward to seeing him appear as an animated version of his younger self for the very first time.”