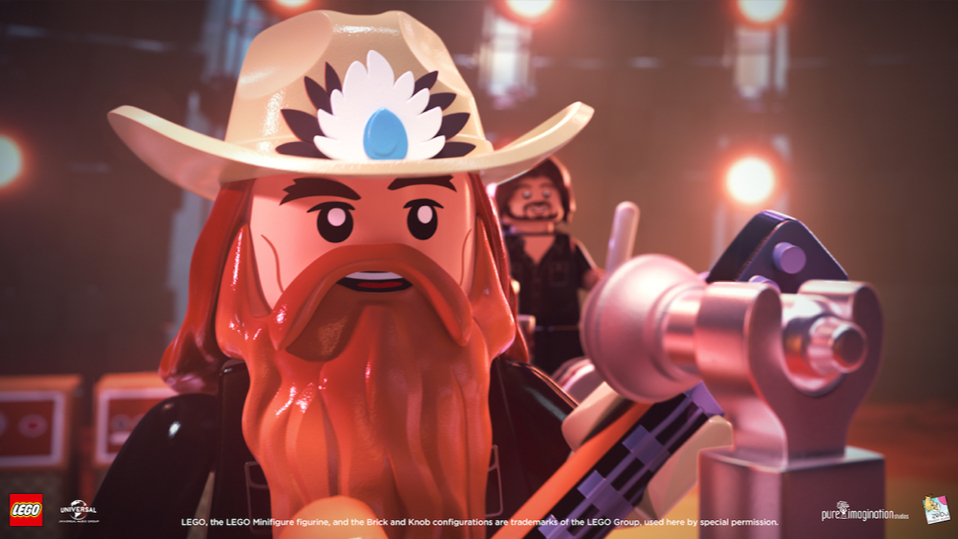 By Matt GoodmanNovember 7, 2019 No Comments

Chris Stapleton is rendered as a Lego mini-figure in the new video for “Second One to Know,” a colorful, eye-popping montage that finds the Kentucky country singer doing battle with ninjas and ultimately slaying a dragon with a literally fiery guitar solo.

Stapleton’s wife Morgane and members of his family are also animated as Lego people, along with Stapleton’s band, including producer Dave Cobb. There’s also a cameo by Stapleton super-fan and friend Chris Pratt, who lent his voice to both The Lego Movie in 2014 and its 2019 sequel.

Stapleton teamed up with the Lego Group and Pure Imagination Studios producer and director David Coleman (like Stapleton, a native of Paintsville, Kentucky) to make the video, which, according to a press release, took “thousands of hours of work” to create. The results are dazzling and pay close attention to detail: everything from Stapleton’s feathered hatband to bass player J.T. Cure’s glasses are painstakingly re-recreated.